17 years ago, Arconas worked with the TTC to create custom units of their robust Setz seating which has since become the standard for the transit authority. Customizations include reinforced arms at every seat, a detection rail (or tap-bar) around the legs for the visually impaired, and standardized colours. All units are zinc plated and clear coated for outdoor use. Units are assembled at the nearby Arconas Mississauga head office and floor mounted on site. Many units, including those installed 17 years ago can still be found scattered around the city at various stations – a testament to their longevity. 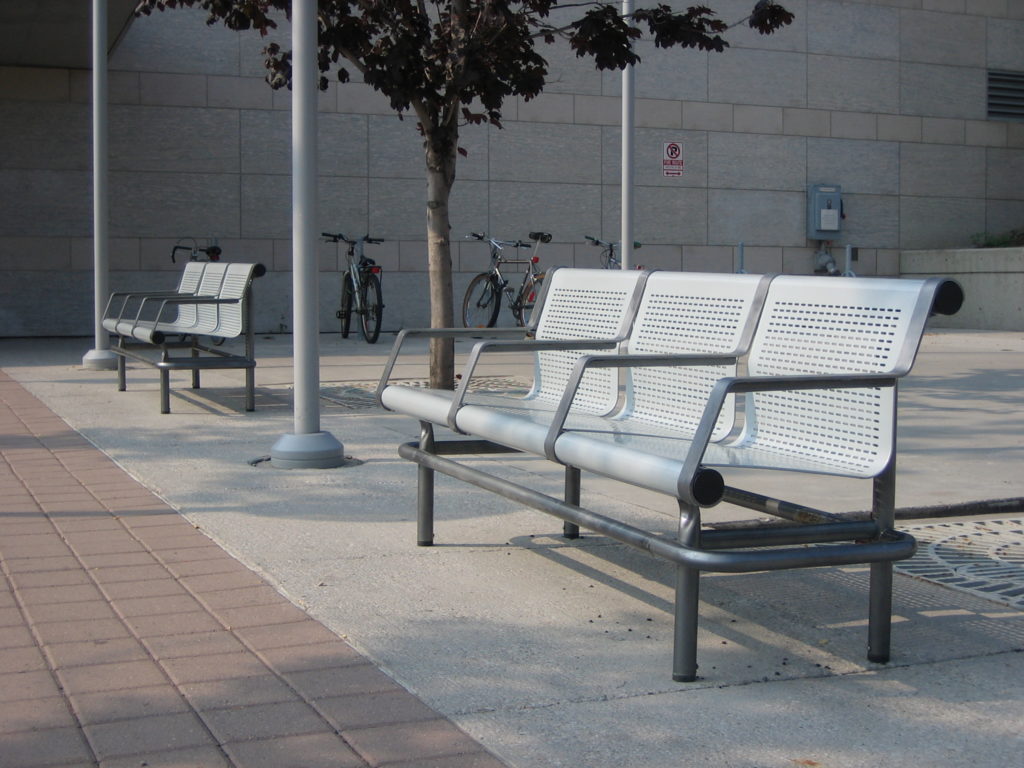 The line expansion is significant for the City of Toronto, which is estimated to see 36 million transit trips per year. The new line extends the transit system North of the city, all the way up to the Vaughan Metropolitan Centre stop where riders can sit and relax on one of several Setz seats installed in the station.

With ergonomics top of mind, Setz is available in a variety of colours with full, partial or no upholstery. It can be installed in single rows or in back-to-back configuration, with or without arms and tables. And its all-steel construction means durability and easy maintenance.

Make sure to keep an eye out for one next time you’re riding the transit in Toronto!